Vaporization is a method of smoking for preventing any “unwanted chemicals” during the inhalation process, by heating Marijuana to a specific temperature. When that happens, the psychoactive ingredient THC is being evaporated without burning the weed. In other words, we might say that you are inhaling a “mist” rather than genuine smoke, which should result in a healthier approach due to minimizing side effects.

The most obvious benefit in choosing to vape instead of smoking is the reduction in the intake of Tar and other toxins. Do keep in mind however that we know this mostly based on research done on vaping tobacco. As a rule of thumb, the same should apply when we are vaping Marijuana.

When we are vaporizing, we no longer use the method of combustion and in doing so, we avoid thousands of chemicals from entering our body. This applies for vaporizing Marijuana as well which results in less tars and toxins flooding our lungs and rest of the body, and therefore it may reduce the risk of various health problems which can stem from the irritation and inflammation on our delicate respiratory system.

By vaporizing Marijuana for medical purposes, we get more out of it by using this technique. On the opposite pole, if we are smoking weed in the traditional sense by lighting up a joint, we are destroying up to 25% of the cannabinoids which are supposed to provide its medical benefits.

Vaporizing weed allows for 95% efficiency in consumption, which brings this method at the highest level from all consumption methods. Due to the nature of this method, it is much faster to vape Marijuana rather than smoking a joint, from both the time to set it up, until its effects kick in.

On the other hand we should point out that a Vaporizing may be time saving when preparing to use it, but after use, some vaporizers do need intensive cleansing, whereas a joint which was smoked can be put in an ashtray and that’s it.

Get Higher When Using a Vaporizer 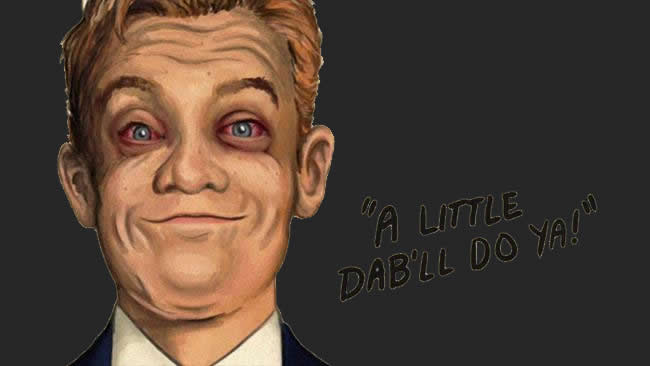 Vaping gets you much higher, as the pure “mist” you are inhaling is much more abundant in cannabinoids and terpenoids. This leads to saving much more of your product instead of wasting it via the traditional method. In the end, most people that use Marijuana very often for any purpose, do eventually join the vaping community.

The smell coming from vaporizing weed is odorless and this can allow you to discreetly engage into your activity without having to worry about bothering your family or room-mates about any smell or smoke. Nowadays the industry is growing bigger day by day and there are literally a ton of different digital vape pens which you can carry in your pocket.

Plenty of medical Marijuana patients are already using the benefits of vaporizing Marijuana, as those who are using extracted oils can monitor specific amounts of medication entering their system, rather than using “eye-balled” random dosages all the times.

Last but not least we should know that when we are using a vaporizer we can control the temperature of our device, which is important since this releases active ingredients depending on our purpose and desired result.

For example, setting your vaporize at 320°F / 160°C is going to vaporize a large amount of the THC and results in a mellow and decent high. Increasing the temperature further at 365°F / 185°C , a terpene named Limonene will increase the absorption of THC resulting in a very intense high.

If your main purpose is to find relief from pain, then vaporizing Marijuana at 430°F / 221°C is recommended as CBD and terpenes such as Linalool will bring in a relaxing body high result.

Considering the pros and cons of vaping weed, if you an user who consumes this herb very often, it would be wise to to go ahead and acquire a good vaporizer. If you are indulging into occasional and recreational use every other month, perhaps it would be better to save your money. Either way, the medical benefits of using Marijuana via the method of vaporization is far superior and healthier than smoking it in the traditional way, so in the end, it is up to you how important it is your health.

Let us know in the comments area below, what do YOU think about vaporizing Marijuana, and in general as a method of smoking; we truly appreciate your time and input.